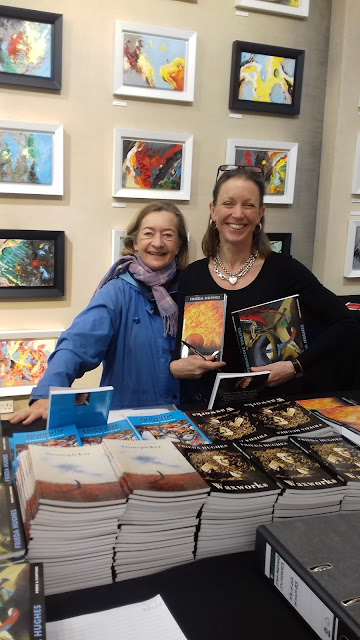 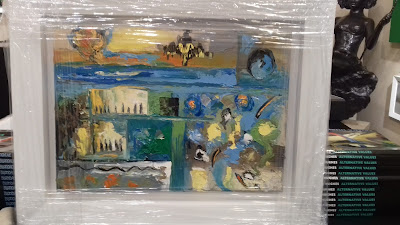 Val with Frieda Hughes at her art exhibition in London where Val bought some of Frieda's books. Her painting is of Val's birthday. Val staged a play about Frieda's mother, Sylvia Plath, and Sylvia Plath's play on childbirth, 'Three Women', at The National Theatre.

The Return by Hisham Matar - October 2018 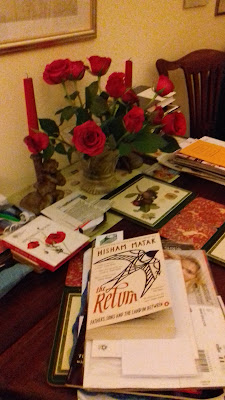 Val was invited to join a local book club, and chose The Return by Hisham Matar as the first book to share reading with the group. She had previously met Hisham at an event at The Royal Society of Literature, where he had inscribed this book to her. It is a book in which Val learnt an enormous amount about the revolution in Libya, and Hisham's journey in search of his father. 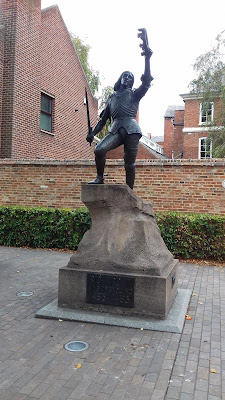 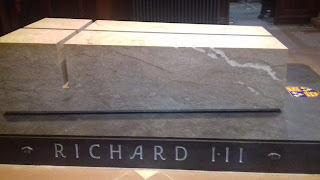 In October Val visited Rutland as a guest of Schiller International University colleague Vicky Sanderlin-McLoughlin. She took Val to see the amazing burial site and museum which has been newly created for Richard III in Leicester. It was a great and fascinating visit. 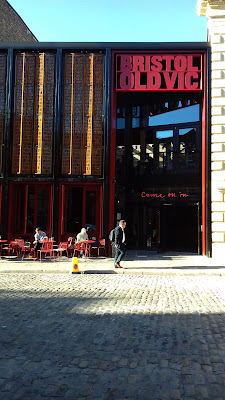 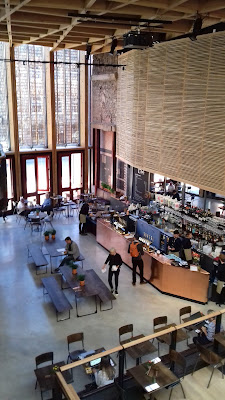 In September Val visited Bristol to see LLC study abroad teacher Joanne Howarth perform the chorus in Henry V at The Tobacco Factory. It was the week that the Bristol Old Vic Theatre reopened its newly designed theatre and audience spaces.

It was thrilling to see this successful new design, a theatre Val loves because the first public show Val staged was in the studio here. Val directed 'Magnificence' by Howard Brenton, in what is now The Weston Studio, while she was studying directing at the BOV School.

The Great Henge at Avebury - August 2018 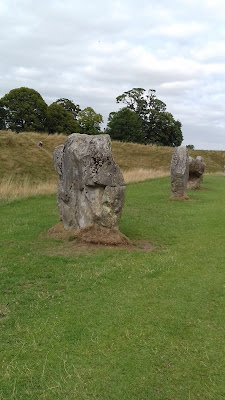 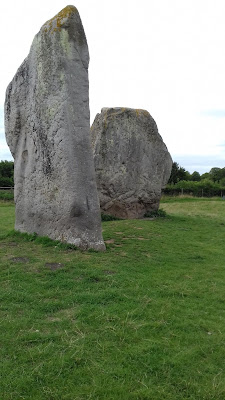 In August Val visited The Great Henge at Avebury with her school friend Annabel Hosier. This was created over 5,000 years ago. This site is as fascinating as the Ring of Brodgar in Orkney where Val visited in September 2017 and previously Callanish in the Outer Hebrides.

The Unveiling of a Gravestone for William Blake - 12 August 2018

Val placed this sunflower on the gravestone with The Live Literature Company card inscribed with love from her and the company. Over many years LLC has staged important and memorable combined arts performances of William Blake's work often with celebrated performers.


Picture of Matilda Thorpe on left and Catherine Harvey on right in the Dr. Williams's Library, Bloomsbury. They were performing a sketch Val wrote, 'Harriet Martineau & Charlotte Bronte: A Sketch of their Relationship'.

This was an after dinner entertainment for The Martineau Society conference. This was the first time Val had worked with Matilda since directing her as a student in 'Rosmersholm' at the then Central School of Speech & Drama. Val's sketch will be published in May 2020 on Amazon, ISBN number 979-8644014408.


Val was one of the people at this PEN event at which the prison letters of Nelson Mandela were read aloud to the audience. It was a deeply moving and profound evening.

The event marked the centenary of Nelson Mandela’s birth and the publication of The Prison Letters of Nelson Mandela, published by Liveright. It was directed, produced and hosted by the acclaimed performer and director Josette Bushell-Mingo OBE.

A selection of Nelson Mandela’s letters were passionately read by a group of wonderful writers from the UK and South Africa, including Jay Bernard, Jackie Kay, Kwame Kwei-Armah, Ben Okri, Sahm Venter (editor of the book), Zoe Wicomb and Gary Younge. Award-winning composer Errollyn Wallen MBE performed a new piece of music inspired by the letters, composed especially for the event.

You can listen to this below.


Jimmy Garnon was one of the professors teaching the Niagara drama students this Summer and he was also performing at The Globe in As You Like It and Hamlet.


Val visits the Chelsea Flower Show every year and this Yorkshire garden reminded her of her visit to Yorkshire last Summer. With friends she visited The Hepworth Wakefield one of the great new arts centres there.


Val goes every Spring to see this beautiful tree flower outside Kenwood House. One of the famous paintings in Kenwood House is on the front of the company card.


Val attended Shakespeare in the Abbey, run by Shakespeare's Globe Theatre at the end of April 2018. Mark Rylance spoke Sonnet 17 sotto voce about 2 inches away from Val's ear. This was a very enjoyable experience!


Val attended her niece's contemporary music singing recital at the St George The Martyr Church in Borough. Her niece, Mimi Doulton graduates as an opera singer from the Guildhall School of Music this Summer 2018.

Val has been to this church before under very sad circumstances to attend the funeral of Sarah Wheeler, the founder of the Mental Fight Club which meets in the Crypt of this church. Sarah founded this wonderful group and had a great love of the work of William Blake. So many of us who have done work focused on Blake came to know her through this. 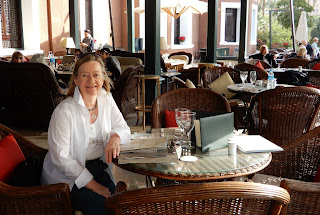 Val relaxing by the Nile at the Old Cataract Hotel, Aswan. There is a tribute here to famous Egyptian actor, Omar Sharif. Omar Sharif loved to visit this hotel.


The Live Literature Company has been invited to perform in Egypt. Val visited there to do further research about a possible visit, and also travelled visiting the beautiful and fascinating historic sites in Egypt. 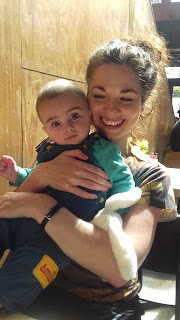